A World Beyond Their Neighborhood

A sixth-grade student walks along the Great Wall of China as her classmate roams the pyramids of ancient Egypt. Just feet away, another student is exploring the vast expanses of the Milky Way.

Virtual reality field trips like these allow students at East Forsyth Middle School to travel across miles and millennia without ever leaving their classroom in Kernersville, North Carolina.

East Forsyth Middle is one of 82 school facilities that make up Winston-Salem/Forsyth County Schools, the fourth largest district in North Carolina. The school serves a diverse population of just under 800 students–more than 90 percent of whom are considered economically disadvantaged.

“We are what’s considered a low-performing school. Our children come to us usually somewhere between 30 and 35 percent proficient on state exams, and we bring them in and we grow them. It’s what we do,” Wyatt said. “We use every tool that we have to make sure that each one of them gets to achieve their potential.”

One of the most important tools the district employs is a fast, reliable wireless internet connection. In his 15 years with the district, Chief Technology Officer Kevin Sherrill has witnessed first-hand the evolution of educational technology at Winston-Salem/Forsyth County Schools.

“There was a time when the internet was just another resource that you brought in as needed. Now it’s a utility, just like flipping the lights on. It drives everything we do,” Sherrill said. “It would be nearly impossible in this day and age to run a school district without a strong internet connection.”

Winston-Salem/Forsyth County Schools has implemented a one-to-one program, placing a Chromebook in the hands of every student in grades K-12. With more than 80,000 school-issued and personal devices trying to connect on a daily basis, it became clear that the district’s existing wireless infrastructure was not equipped to handle the ever-increasing demand for internet access.

So in 2016, Sherrill contacted an old friend: Kelly Turpin, Vice President of Sales at BridgeTek Solutions.

“Each school district is different,” Turpin said. “We take the time to understand their finances and the challenges they face, and then we tailor our solutions to that. We do whatever it takes to provide them the opportunity to do what they need to do, which is educate the kids.”

BridgeTek Solutions partnered with Winston-Salem/Forsyth County Schools on a plan to overhaul the district’s wireless infrastructure, starting with replacing all of their network gear. After conducting efficiency tests with equipment from six different manufacturers, Turpin and Sherrill decided on Ruckus Networks.

“The access points from that older technology were not able to handle the number of connections that are hitting those devices on a daily basis,” Sherrill said. “Now with BridgeTek coming in and doing site surveys for us, helping us lay out where the devices need to be placed for optimal coverage, and with the new gear from Ruckus Networks, we’ve been able to provide higher bandwidth and a greater saturation point to where we can support more devices.”

Virtual field trips are just one way that educators at Winston-Salem/Forsyth County Schools are leveraging technology to enhance learning and immerse students in a world of opportunities. At East Forsyth Middle School, students access the internet to learn the basics of coding, experiment with 3D printing, access supplemental materials, and sometimes, just play a game.

For these students, it’s not enough for a wireless internet connection to simply exist; the network needs to work quickly and consistently, every time they want to connect.

“When children don’t have internet at home and they only have it here, we have to have something that’s reliable so that when they get on it, they’re going to get to the points that they need to get to,” Wyatt said. “We only get them for seven hours a day, 180 days a year. That’s a very short amount of time. We have to make sure that everything that we have is working. And right now, we’re second to none with the quality of our internet.”

A mutual passion for improving education has allowed Winston-Salem/Forsyth County Schools, BridgeTek Solutions, and Ruckus Networks to open doors for all students. As technology continues to evolve and demand on the district’s wireless network inevitably grows, these partners will continue to innovate and collaborate to bring the world into the classroom.

“We don’t know what the future holds with the demands on educational technology,” Sherrill said. “But I know that with partners like BridgeTek and Ruckus, we will be prepared to deliver what we need to give our students the best opportunity for learning here in Winston-Salem/Forsyth County Schools.”
“ 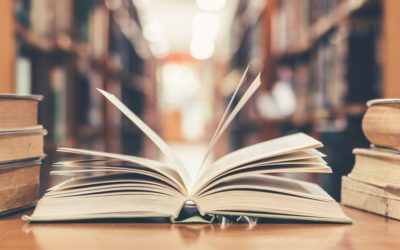 Forsyth County Schools have earned a reputation for excellence in education and technology. As the seventh-largest district in Georgia, they serve more than 51,000 students representing 124 countries and 52 languages. FCS  operates 39 schools, including 22 elementary,... 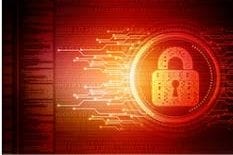 And how they’re shaping the future of education technology. Click below to join Tim Fleming and Curt Godwin of Forsyth County Schools as they guide us through how cybersecurity has changed in the past year and how it continues to evolve as we navigate a post-covid...